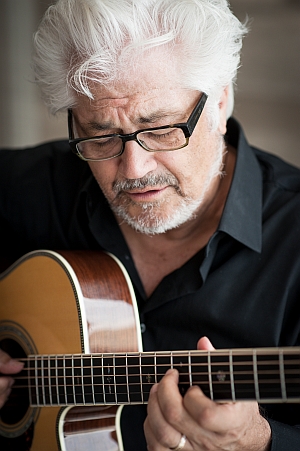 Larry Coryell, the jazz guitarist known as the “Godfather of Fusion,” died at the age 73 on Sunday night at a hotel in New York City, according to his publicist.

When he came on the scene in the late 60s, few guitarists could match his virtuosity. In the last decade, he had revived his career and was beloved by a new generation of fusion enthusiasts. His latest recordings on the Wide Hive label, are available via MVD (see HERE).

Coryell was still performing more than 50 years after his first recordings. He played at New York jazz club Iridium on Friday and Saturday night, and had plans for a summer tour with his fusion group The Eleventh House.

Coryell’s recordings in the late 1960s, first with his band the Free Spirits, then with the Gary Burton Quartet and finally as a bandleader, predicted the rise of jazz-rock fusion and contributed to the sonic evolution the genre. It’s no wonder that snippets of his work were sampled by renowned producers, including J Dilla and DJ Shadow.

For the complete story, go HERE

For the complete list of Coryell’s releases, go HERE