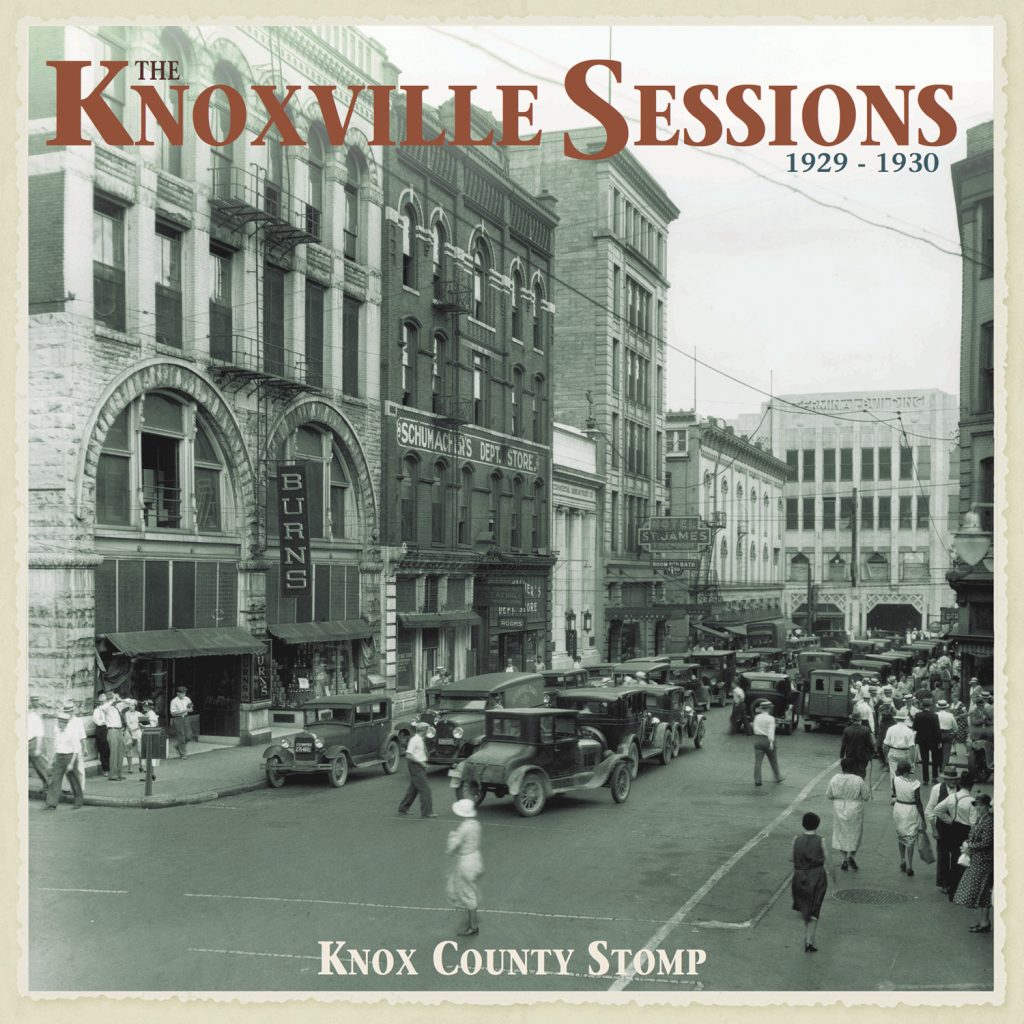 BEAR FAMILY’S ‘The Knoxville Sessions 1929-1930: Knox County Stomp’ (Various Artists), a 4-CD Deluxe Box Set released earlier this year, has been nominated for a 2017 Grammy award in the “Best Album Notes” category. The album is the third compendium of early country music talent in Appalachia, along with ‘The Bristol Sessions’ and ‘The Johnson City Sessions’.

‘The Knoxville Sessions, 1929-30: Knox County Stomp’ features the music made at two sessions conducted by Brunswick Records at downtown St. James Hotel–music remarkable both for its variety and for the rarity of the records that preserved it.

Whereas the recordings made in Bristol and Johnson City were almost exclusively of old-time country and gospel music, the Knoxville sessions captured a more diverse gathering of Appalachian voices and sounds. Amidst old-time stringbands like the Tennessee Ramblers, the Southern Moonlight Entertainers, and the Smoky Mountain Ramblers, we also hear the majestic African American blues and gospel singer Leola Manning, the hot dance music of Maynard Baird & His Southern Serenaders, the virtuoso string ragtime of Howard Armstrong and the Tennessee Chocolate Drops, sacred songs by white and African American quartettes, songsters such as Will Bennett and Haskell Wolfenbarger, a unique recorded playlet about the Hatfield-McCoy feud–and even an address by the businessman whose enterprise brought Brunswick Records to Knoxville, Colonel J. G. Sterchi, president of the famous Sterchi Bros. furniture store chain.

‘The Knoxville Sessions, 1929-1930: Knox County Stomp’ gathers together, for the first time, all the issued recordings made at the St. James Hotel, remastered from the original 78s–some of them so elusive that only single copies are known to exist. These 99 fascinating performances, on four CDs, are accompanied by a 156-page, LP-sized hardcover book containing essays on the history of Knoxville, the background to the sessions, and the individual artists, much of the material based on new research. The book is also filled with scores of rare photographs, many previously unpublished, as well as complete song lyrics and a detailed discography with 250 illustrations.