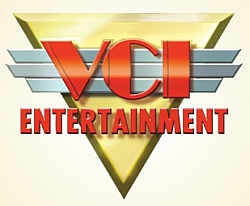 VCI Entertainment is the oldest surviving home video company in the USA (our 41st year in the business), and specializes in acquiring, restoring and preserving classic motion pictures from the 1930s, and beyond, then distributing them in all medias worldwide.

The VCI film library contains over 5,000 titles. VCI created the made-for-video genre, with the production and release of BLOOD CULT (1985).

VCI is also a strong supporter of independent producers and directors, and actively seeks out eclectic and cult movies for distribution.