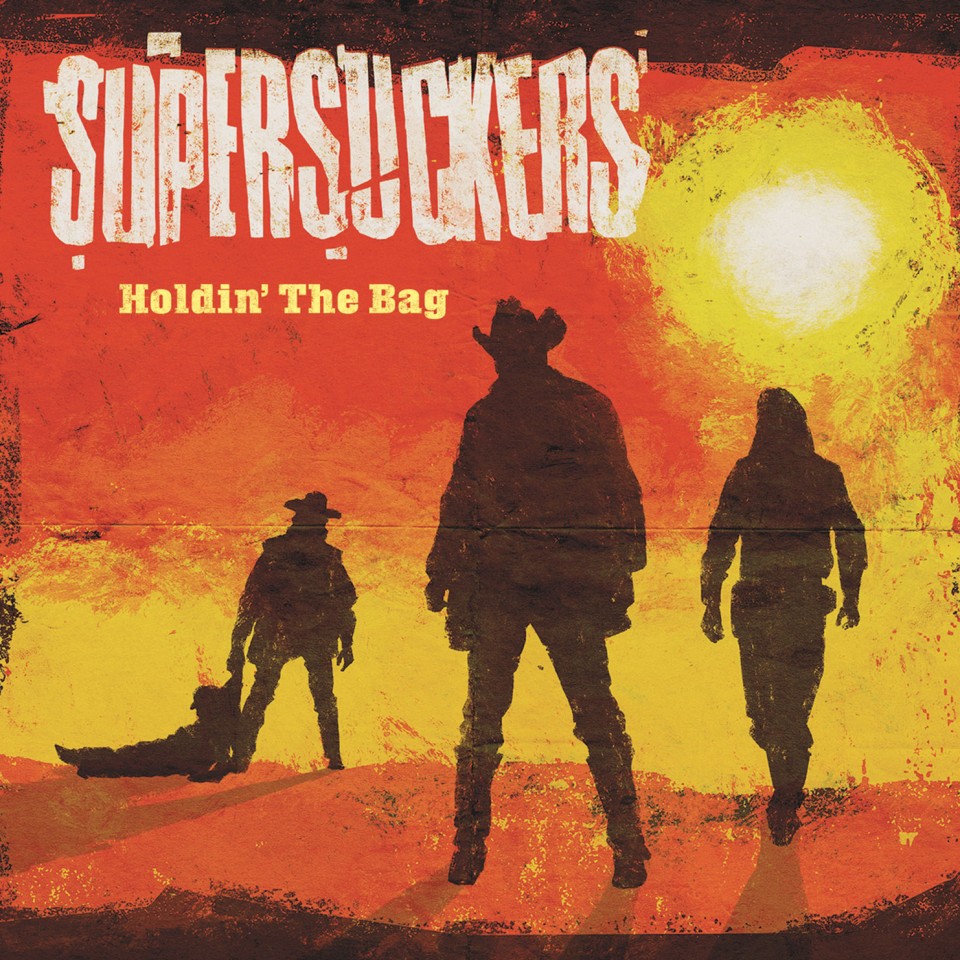 The Supersuckers deliver the long-awaited follow up to their ’99 country classic.
The Supersuckers’ trademark balance of take-no-prisoners swagger and hard-headed introspection is reflected throughout Holdin’ the Bag. The album’s eleven songs find them in typically rocking form, while tapping deeply into the band’s longstanding affinity for country music, which has grown increasingly prominent in their output since 1997’s landmark Must’ve Been High. “It’s an extraordinarily unlikely story,” acknowledges Eddie, who’s also found time to release four solo albums. “From the start until now, everything about this band defies logic. This band has no business being as good as it is this far into our existence, and it just seems to be getting better.” Holdin’ the Bag offers a compelling blend of brawny badassery and sensitive songcraft on such memorable originals as the high-lonesome title track, which kicks the album off on a deceptively spooky note, and the rousingly twangy anthems “High and Outside,” “Man On A Mission” and “Jibber-Jabber.” The album closes on a thoughtful note, with an update of the Hank Williams Jr. standard “All My Rowdy Friends (Have Settled Down),” with updated lyrics that refer to such Supersuckers contemporaries as Steve Earle and Lemmy Kilminster of Motorhead. (The album sessions also yielded a second cover tune, a spirited reading of the Billy Joe Shaver classic “Georgia On A Fast Train,” which will be included as a bonus track on Holdin the Bag’s vinyl edition). “If you don’t like Holdin’ the Bag, then you really don’t like the Supersuckers,” Eddie says. “I really feel like this and Get the Hell are the best records we’ve ever made. I feel like, after 25 years, we’re finally getting the hang of this.”